The film will release on 29th September 2017 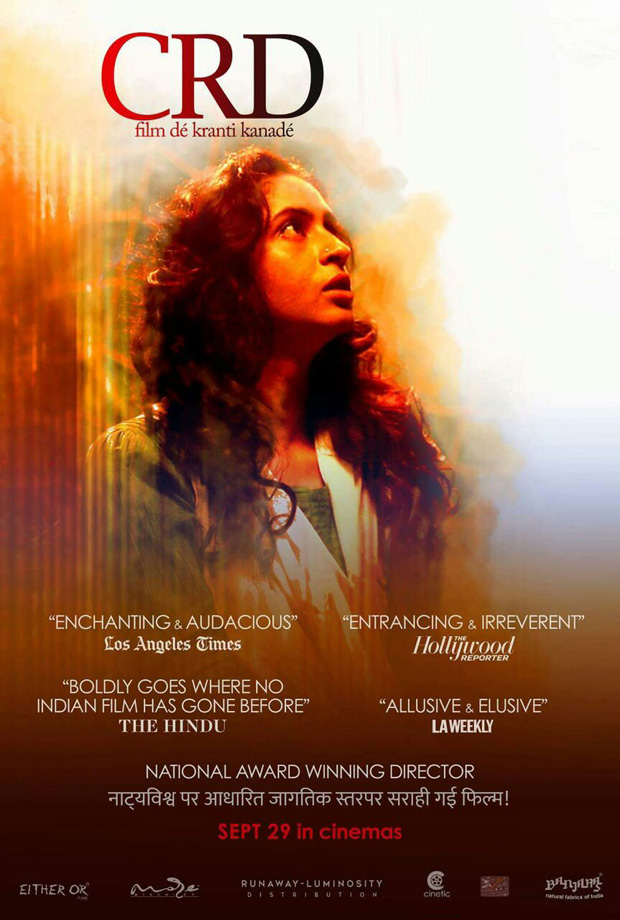 ‘CRD’ revolves around a young Dramatist rebels against his fascist Tutor to form his troop of misfits – aiming to win a prestigious theatre competition. Inspired by real life event ‘Purushottam’ in Pune, India.

This groundbreaking film creates an idiom that has no predecessor in Indian cinema. With images that are as beguiling as they are stunning, it is a heady cocktail of bravura performances, socio-politically inspired screenwriting, stylish cinematography and filmmaking choices as unpredictable as they are hilarious, thrilling and bonkers. The director’s blissful disregard for convention and his embrace of experimentation bring to mind the masters of the French New Wave.