Mumbai. Film producer, marketeer and distributor Shiladitya Bora has launched his own media company Platoon One Films headquartered in Mumbai.

Backed by over a decade of solid industry experience and an undying passion for the movies, Shiladitya is now spearheading Platoon One Films Private Ltd aiming to provide a class act in film production, marketing, distribution & syndication. 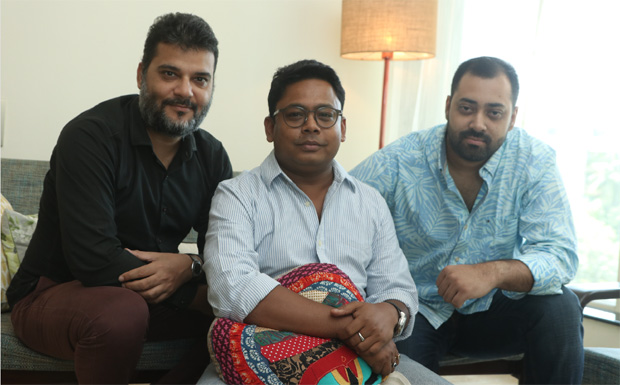 The freshly minted boutique studio already has an impressive slate lined up for the latter half of the year. Their projects include producing a thriller, Ophir, directed by Atul Sabharwal (writer-director of Arjun Kapoor-starrer Aurangzeb) and a romantic comedy Chumbak directed by Abir Sengupta (writer-director of Jomer Raja Dilo Bor). The company will also be distributing and syndicating films such as Daxkin Chhara’s Sameer starring Mohd Zeeshan Ayub and Anjali Patil, Rakhi Sandilya’s Ribbon starring Kalki Koechlin and Sumeet Vyas, and Milind Dhaimade’s Tu Hai Mera Sunday starring Barun Sobti and Shahana Goswami.

Bora plans to build Platoon One Films into a self-sustaining studio on the lines of Miramax and take the core vision of championing original content to the next level. “With Platoon One, I want to take films from script to screen by providing full turnkey solutions for motion pictures. The vision is to curate engaging stories which will appeal to audiences across the board, to the masses as well as the cinephiles.”

Bora had earlier conceptualised and successfully run the country’s leading indie release banner PVR Director’s Rare, during his stint with the PVR Group. In the last few years, he has been instrumental in the theatrical release and distribution of more than 90 independent films including cult indie favourites like Court and Moonrise Kingdom, Oscar-winners like Amour and Inside Llewyn Davis, and acclaimed documentaries like Fire in the Blood and Supermen of Malegaon. Soon after being selected for the prestigious Berlinale Talents programme in 2015, Bora joined the award-winning studio Drishyam Films as CEO and released their critically acclaimed films such as Masaan, Dhanak and Waiting, as well as serving as an associate producer on Newton and Rukh.